3D
Scan The World
1,077 views 47 downloads
Community Prints Add your picture
Be the first to share a picture of this printed object
0 comments

In Greek mythology, the Niobids were the children of Amphion of Thebes and Niobe, slain by Apollo and Artemis because Niobe, born of the royal house of Phrygia, had boastfully compared the greater number of her own offspring with those of Leto, Apollo's and Artemis' mother: a classic example of hubris. Displayed at the Museum für Abgüsse Klassischer Bildwerke in Munich. It is a museum of classical paintings and sculpture. It shows sculptures of Greek and Roman antiquity from the 7th century BC to the 5th century AD. 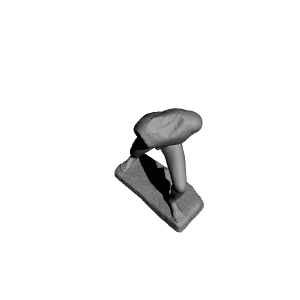