3D
Scan The World
3,541 views 196 downloads
2 collections
Community Prints Add your picture
Be the first to share a picture of this printed object
0 comments

The Wrigley Building (400-410 North Michigan Avenue, Near North Side, Chicago, Illinois) is a skyscraper located directly across Michigan Avenue from the Tribune Tower on the Magnificent Mile. It was built to house the corporate headquarters of the Wrigley Company.When ground was broken for the Wrigley Building in 1920, there were no major office buildings north of the Chicago River and the Michigan Avenue Bridge, which spans the river just south of the building was still under construction. The land was selected by chewing gum magnate William Wrigley Jr. to headquarters his gum company. The building was designed by the architectural firm of Graham, Anderson, Probst & White using the shape of the Giralda tower of Seville's Cathedral combined with French Renaissance details. The 425-foot (130 m) south tower was completed in April 1921 and the north tower in May 1924. Walkways between the towers were added at the ground level and the third floor. In 1931, another walkway was added at the fourteenth floor to connect to offices of a bank in accordance with a Chicago statute concerning bank branch offices. The two towers, not including the levels below Michigan Avenue, have a combined area of 453,433 square feet (42,125.3 m2). The Wrigley Building was Chicago’s first air-conditioned office building. If one walks through the center doors, they will find themselves in a secluded park area overlooking the Chicago River.The two towers are of differing heights, with the south tower rising to 30 stories and the north tower to 21 stories. On the south tower is a clock with faces pointing in all directions. Each face is 19 feet 7 inches (5.97 m) in diameter. The building is clad in glazed terra-cotta, which provides its gleaming white façade. On occasion, the entire building is hand washed to preserve the terra cotta. At night, the building is brightly lit with floodlights. The Wrigley Building was sold in 2011 to a group of investors that includes Zeller Realty Group and Groupon co-founders Eric Lefkofsky and Brad Keywell. The new owners plan on making the building more attractive to businesses by adding a Walgreens, a coffee shop, a fitness center and a nursing room for mothers. 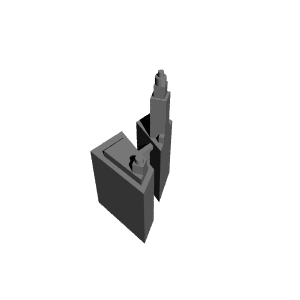 ×
2 collections where you can find Wrigley Building in Chicago, Illinois by jkurstin22