3D
Scan The World
1,661 views 106 downloads
Community Prints Add your picture
Be the first to share a picture of this printed object
0 comments

Žemaitė (literally female Samogitian) – a pen name of Julija Beniuševičiūtė-Žymantienė; 4 June [O.S. 23 May] 1845 in Bukantė near Plungė – 7 December 1921 in Marijampolė) was a Lithuanian/Samogitian writer. Born to impoverished gentry, she became one of the major participants in the Lithuanian National Revival. She wrote about peasant life in the style best described as realism.

printed at layer 0.1, scaled down 80%, without support but it's not support free. 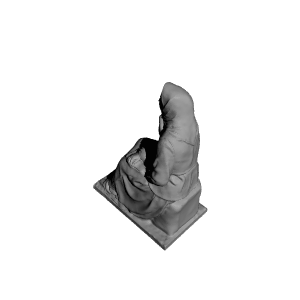