3D
360°
Scan The World
1,356 views 77 downloads
1 collection
Community Prints Add your picture
Be the first to share a picture of this printed object
0 comments

Yakov Fyodorovich Dolgoruky (1639–1720), a close associate of Peter I the Great, served in the military and was held prisoner in Sweden for 10 years. After returning to Russia in 1711, he became a senator and was appointed president of the Auditing Collegium. This marble sculpture shows him burning the tsar's decree. 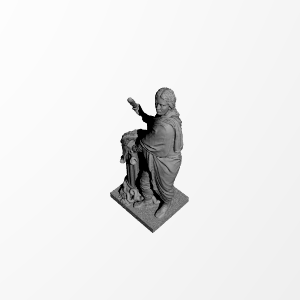