Yama at the Guimet Museum, Paris

3D
Scan The World
1,804 views 91 downloads
Community Prints Add your picture
Be the first to share a picture of this printed object
0 comments

Yama at the Guimet Museum, Paris

In East Asian mythology, Yama is a dharmapala (wrathful god) said to judge the dead and preside over the Narakas ("Hells" or "Purgatories") and the cycle of rebirth. Although based on the god Yama of the Hindu Vedas, the Buddhist Yama has developed different myths and different functions from the Hindu deity. He has also spread far more widely and is known in every country where Buddhism is practiced, including China, Korea, Japan, and Vietnam. 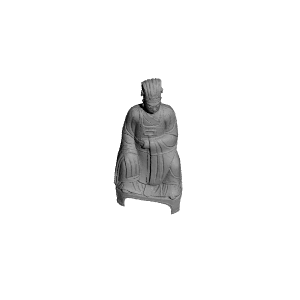 ×
0 collections where you can find Yama at the Guimet Museum, Paris by Scan The World