Yan State round coin at The British Museum, London

3D
Scan The World
2,022 views 79 downloads
4 collections
Community Prints Add your picture
Be the first to share a picture of this printed object
0 comments

Yan State round coin at The British Museum, London

During the Warring States period, some states issued round coins with a round or square hole in the middle. The inscriptions usually indicate a weight or value. This Yan State coin has the value in 'huo'.

Yan  was an ancient Chinese state during the Zhou dynasty. Its capital was Ji (now Beijing). During the Warring States period, the court was also moved to another capital at Xiadu at times. The history of Yan began in the Western Zhou in the early first millennium BCE. After the authority of the Zhou king declined during the Spring and Autumn Period in the 8th century BCE, Yan survived and became one of the strongest states in China. During the Warring States period from the 5th to 3rd centuries BCE, Yan was one of the last states to be conquered by the armies of Qin Shihuang: Yan fell in 222 BCE, the year before the declaration of the Qin Empire. Yan experienced a brief period of independence after the collapse of the Qin dynasty in 207 BCE, but it was eventually absorbed by the victorious Han. 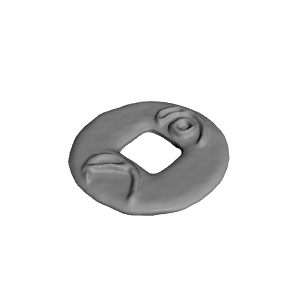 ×
4 collections where you can find Yan State round coin at The British Museum, London by Scan The World