My Dad visually impaired and a huge Yankees fan, so I build this model for him. It's made to follow the raw shape of Yankee Stadium so he has a better idea of how the Stadium is laid out. I've never been to Yankee Stadium(the new one at least) so I used a mixture of Google/Bing maps aerial images to figure out the shape of the stadium. 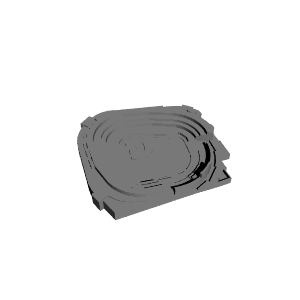