3D
4,562 views 335 downloads
4 collections
Community Prints Add your picture
Be the first to share a picture of this printed object
0 comments

Yosemite National Park's Pioneer History Center is somewhat overshadowed by the park's better known attractions.  In the 1950's and 60's the decision was made to restore much of the park to a wilderness condition by relocating many of the original pioneer buildings.  The result is a village-like gathering of buildings which were originally scattered throughout the park.  The Mountaineer's Cabin was originally the winter residence of George Anderson, the Scottish mountain guide who made the first assent of Half Dome.  He drilled holes into the granite of the dome to allow a climb up the steep smooth slab.  He simultaneously created Yoesmite's most popular climbing route and its first aid climb. During the six month climbing season more than 50,000 hikers climb this route every year.  Before the park instituted a permit system Summer holiday weekends would sometimes attract  more than 1000 hikers a day. 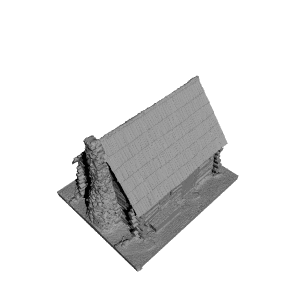 ×
4 collections where you can find Yosemite Mountaineer's Cabin by Shapespeare