3D
Scan The World
1,574 views 247 downloads
7 collections
Community Prints Add your picture
Be the first to share a picture of this printed object
0 comments

The marble composition for this piece was completed in 1870 but the plaster cast was made in 1867. It has also been issued in bronze and wax.

Surprisingly, the title does not necessarily refer to Megara the wife of Hercules in Greek Mythology but rather a young girl from the town of Megara in West Attica, Greece.

Louis-Ernest Barrias was born in Paris into a family of artists, he fought in the Siege of Paris and became a very poupular artists in his day, even teaching at the L'Ecole des Beaux-arts from 1894 until his death in 1905. 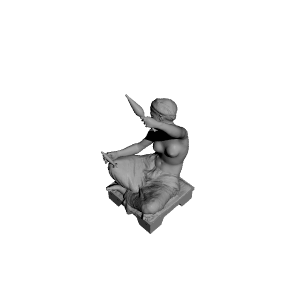