3D
Scan The World
1,605 views 102 downloads
Community Prints Add your picture
Be the first to share a picture of this printed object
0 comments

Apollo is a god that is associated with the arts and creative expression. He is the leader of the Muses, so he is the god of arts and sciences. The laurel wreath is beloved to him as a symbol of his honour and the lyre represents the music that he plays. This was very important because there were two musical instruments in ancient Greece. There was the flute or pan-pipes, and the lyre. If you played the flute, you were in the lower part of society because when you were playing the flute you could not speak. If you played the lyre, you spoke. SO this idea of a being civilized through 'lyrics', that is, words that are spoken while playing the lyre, or having status through speaking poetry, is connected to Apollo and his lyre. 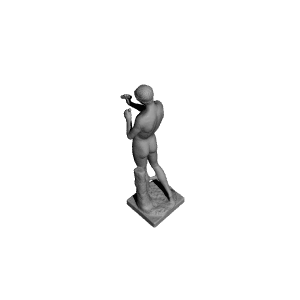 ×
0 collections where you can find Youth Playing Flute at The State Hermitage Museum, St Petersburg by Scan The World