3D
6,872 views 239 downloads
2 collections
Community Prints Add your picture
Be the first to share a picture of this printed object
0 comments

Yu-Gi Oh! is an anime/manga series from the 90's that developed into a world wide card game phenomenon. The television sereies was extremely popular at the time and the card game is still played today.

In the 1960s, Solomon Muto retrieved the Millennium Pendant, now called the Millennium Puzzle in the Tomb of the Nameless Pharaoh who was Atem. Over the years, no one had been able to assemble the puzzle. Solomon's grandson, Yugi, found the puzzle in the family game shop and spent eight years trying to solve it. When he solved it, his adventure began.

I designed this model on sketchup because it is something that I love but have never been able to get hold of. 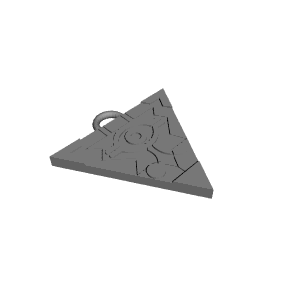