3D
Scan The World
2,794 views 120 downloads
1 collection
Community Prints Add your picture
Be the first to share a picture of this printed object
0 comments

Yuri Aleksandrovich Senkevich (Russian: Юрий Александрович Сенкевич) (March 4, 1937 in Choibalsan, Mongolia – September 25, 2003 in Moscow, Russia) was a Soviet doctor, and scientist. He is a Candidate of Sciences (equivalent to Ph D). He became famous in the USSR and worldwide for his participation in the Ra Expedition, in which he sailed together with Thor Heyerdahl. 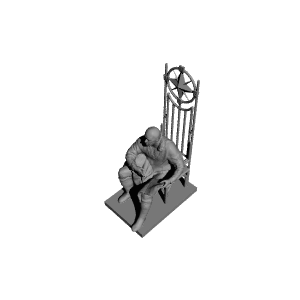