3D
360°
Scan The World
1,752 views 126 downloads
Community Prints Add your picture
Be the first to share a picture of this printed object
0 comments

Zeno of Verona (Italian: Zenone da Verona; about 300 – 371 or 380) was either an early Christian Bishop of Verona or a martyr. He is a saint in the Roman Catholic Church and in the Eastern Orthodox Church. As the patron saint of Fishermen, he is often depicted holding a fishing rod and fish. This could have been the case in this work, though it has since disappeared.

Sculpted by an artist from Pisa in the second half of the 14th Century. From the Church of Saint Zeno. 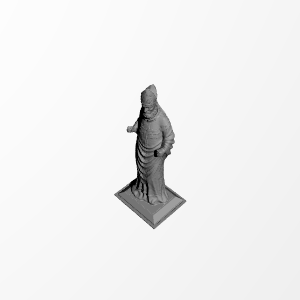