3D
Featured Scan The World
1,823 views 105 downloads
Add to collection
4 0
Community Prints Add your picture
Be the first to share a picture of this printed object
0 comments

Referred to as 'The Liberator', Daniel O'Connell (1775-1874) was an Irish political leader in the first half of the 19th century. He campaigned for Catholic emancipation and repeal of the Act of Union which joined Great Britain with Ireland. He was the first Catholic MP to sit at Westminster. 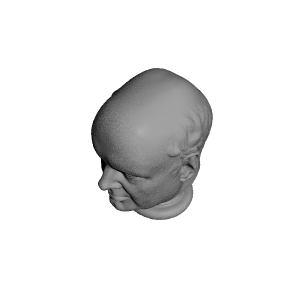 ×
0 collections where you can find Daniel O'Connell by AnatomicalMuseum