3D
5,620 views 265 downloads
Community Prints Add your picture
Be the first to share a picture of this printed object
0 comments

The Indianapolis Colts are an American football team based in Indianapolis, Indiana; they play their games in Lucas Oil Stadium. The team is a member of the South Division of the American Football Conference (AFC) in the National Football League (NFL).

The Colts were members of the National Football League from their founding and were one of three teams to switch to the AFC following the 1970 merger. While in Baltimore the team advanced to the postseason ten times and won three NFL Championship games in 1958, 1959 and 1968. The Colts had two Super Bowl appearances while in Baltimore, losing to the New York Jets in Super Bowl III, while defeating the Dallas Cowboys in Super Bowl V. The Colts moved to Indianapolis in 1984 and have since appeared in the playoffs sixteen times, won two conference championships, and won one Super Bowl, defeating the Chicago Bears in Super Bowl XLI. 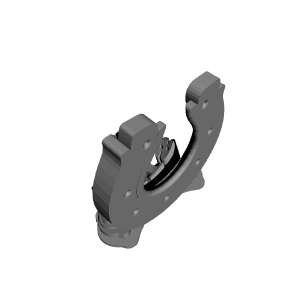