3D
8,363 views 991 downloads
Community Prints Add your picture
Be the first to share a picture of this printed object
1 comments

The Kansas City Chiefs are a professional American football team based in Kansas City, Missouri. They are a member of the West division of the American Football Conference (AFC) in the National Football League (NFL). Originally named the Dallas Texans, the team was founded by Lamar Hunt in 1960 as a charter member of the American Football League (AFL). In 1963, the team relocated to Kansas City and assumed their current name. They joined the NFL during the AFL–NFL merger of 1970. The team is legally and corporately registered as Kansas City Chiefs Football Club, Incorporated and according to Forbes is valued at just under USD 1 billion. 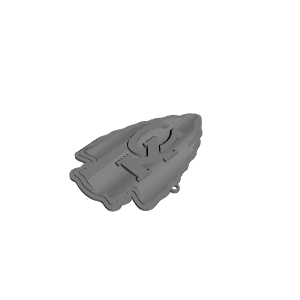