3D
5,026 views 162 downloads
1 collection
Community Prints Add your picture
Be the first to share a picture of this printed object
0 comments

The Portland Trail Blazers, commonly known as the Blazers, are a professional basketball team based in Portland, Oregon. They play in the Northwest Division of the Western Conference in the National Basketball Association (NBA). The Trail Blazers played their home games in the Memorial Coliseum before moving to the Moda Center in 1995 (called the Rose Garden until 2013). The franchise entered the league in 1970, and Portland has been its only home city. The franchise has enjoyed a strong following; from 1977 through 1995, the team sold out 814 consecutive home games, the longest such streak in American major professional sports. The Trail Blazers have been the only NBA team based in the binational Pacific Northwest, after the Vancouver Grizzlies relocated to Memphis and became the Memphis Grizzlies in 2001, and the Seattle SuperSonics relocated to Oklahoma City and became the Oklahoma City Thunder in 2008. 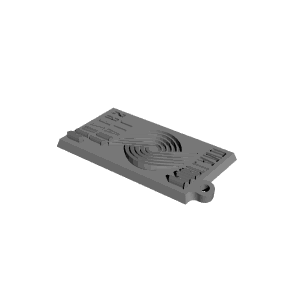