3D
Scan The World
1,642 views 177 downloads
Community Prints Add your picture
Be the first to share a picture of this printed object
0 comments

This is an ancient statue of Pothos, one of Aphrodite's erotes and brother to Himeros and Eros. In some versions of the myth, Pothos is the son of Eros or is portrayed as an independent aspect of him. Yet others called him the son of Zephyrus and Iris. He was part of Aphrodite's retinue, and carried a vine, indicating a connection to wine or the god Dionysus. Pothos represents longing or yearning. In the temple of Aphrodite at Megara, there was a sculpture that represented Pothos together with Eros and Himeros which has been credited to Scopas. Pothos is a name for the white Asphodelus Albus flower, "used at funerals" according to Arthur Hort's index and translation of Theophrastus 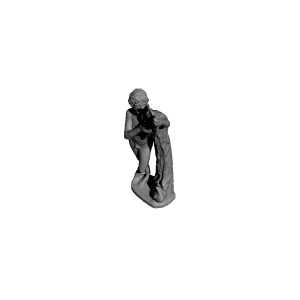 ×
0 collections where you can find Pothos by Scan The World