This puteal, a well-head, depicts the 12 divinities around its outer side. It is believed to have been made in the 1st Century AD.

During the roughly 12 centuries of Ancient Roman civilisation, religion developed from a home-grown, pantheistic animism and, as the Republic and Empire matured, Roman religion absorbed the Greek pantheon. This included foreign cults and the practice of Emperor worship, all before finally embracing Christianity in the final years of the Empire. 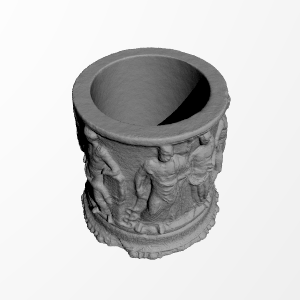