3D
6,342 views 268 downloads
Community Prints Add your picture
Be the first to share a picture of this printed object
0 comments

The Seattle SuperSonics (also commonly referred to as the Sonics) were an American professional basketball team based in Seattle, Washington that played in the Pacific and Northwest Divisions of the National Basketball Association (NBA) from 1967 until 2008. After the 2007–08 season ended, the team relocated to Oklahoma City, and now plays as the Oklahoma City Thunder. Settlement terms of a lawsuit between the city of Seattle and Clay Bennett's ownership group stipulated the SuperSonics' banners, trophies and retired jerseys remain in Seattle; the nickname, logo, and color scheme are available to any subsequent NBA team; the SuperSonics' franchise history, however, would be shared with the Thunder. 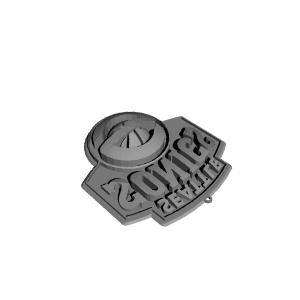