Bacchante at The Petit Palais, Paris

Bacchante at The Petit Palais, Paris

The Bacchante is a marble sculpture completed in 1848 by Jean-Baptiste Clesinger (also called Auguste Clesinger, 1814 - 1833). Bacchante is a variante of the sculpture 'Woman bitten by a Serpent' (at the Musée d'Orsay, Paris) which was both a success and scandal when featured in the Salon in 1847. Under the appearance of a follower/admirer of the Greek God Bacchus, the sculptor Clésinger gave a look of voluptuousness to the sculpture, sprawled out in a sexual desire as if eurphoric.

The torso of the Bacchante owes a lot to Apollinie Sabatier (1822-1890), stateswoman and an intelligent, of which it was modeled from; she was the mistress of Clésinger in 1847, previously of the rich industrial Alfred Mosselman. 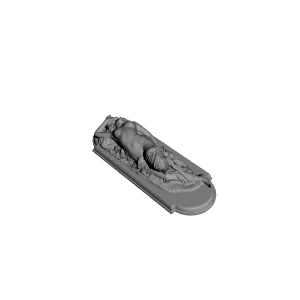