Bust of a man (Gordianus Africanus?)

Bust of a man (Gordianus Africanus?)

This bust of a man features short hair and a fine beard, wrapped in a toga with a horizontal fold. The work is a copy of a bust from one of the earliest objects in the British Museum's catalogue, from the Townley Collection.

The bust resembles the medals of Gordianus Africanus and is ornamented with the Latus Clavus. The hair is marked by points, corresponding to the style of sculpture at the time. It was found around 1770 along with a bust of Commodus. (Cook 2011, nr.158).

Although Townley occasionally appears to identify this bust definitely as Gordianus Africanus, he does so only in catalogue headings and in lists consisting of very short descriptions (TY 10/6-7, TY 12/6), and in more extended contexts tends to refer to a mere resemblance to the coins of Gordianus. Although Townley himself seems to have harboured doubts about the identification, it was accepted by Smith. More recent scepticism (Felletti Mag, Wegner) confirms Townley's perceptiveness. 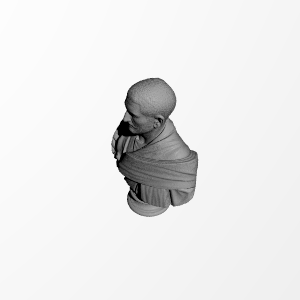 ×
0 collections where you can find Bust of a man (Gordianus Africanus?) von SMK - Statens Museum for Kunst