3D
360°
Featured Scan The World
1,955 views 227 downloads
3 collections
Community Prints Add your picture
Be the first to share a picture of this printed object
0 comments

This plaster copy was acquired in 1897, cast from a sculpture found in 1884 in Emperor Nero's villa in Subiaco. The original sculpture originates from the 2nd Century BC, belonging to an early Hellenistic style.

If it is a 'Niobide boy', it would belong to a sculpture group of dying children who were killed by the gods Apollo and Diana because their mother Niobe boasted that she had more children than the gods themselves. It is 'hybris', the arrogance, which is inexorably published with 'nemesis', the wrath of the Gods. 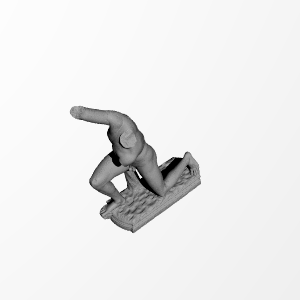 ×
3 collections where you can find Kneeling Man, Niobid, or Wrestler von SMK - Statens Museum for Kunst