A "ksar" is a fortified granary built by the Berber, a native ethnic group from Northern Africa. This ksar is modeled after Ksar Ouled Soltane, located in the Tataouine district in southern Tunisia.

Ksar Ouled Soltane is now a tourist destination, with visitors coming to see its well-preserved granary vaults. It was also featured in the film Star Wars: Episode I – The Phantom Menace in some of the scenes used to represent the slave quarters of Mos Espa, where the character Anakin Skywalker lived as a boy (Wikipedia).

MiniWorld 3D is excited to bring this charming model to life. This model also represents Tunisia in our Russia 2018 FIFA World Cup Collection and was made from scratch by hand and brain in Autodesk Fusion 360, please give credit, it's all about spreading culture and education!

Easy print, no support needed unless printed at much larger scales.

Use best resolution if possible. 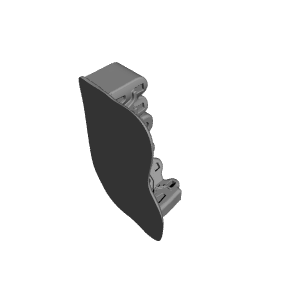 ×
9 collections where you can find Ksar in Tataouine - Tunisia von MiniWorld
×
Manbriethus
@Manbriethus
1
Printed on: Prusa I3 Geeetech
Posted at: 22nd April 2021