Eugênio Prati (1889-1979) was a Portuguese sculptor, mainly known for his funerary works, which can be found in the main cemeteries of the city of São Paulo as well as in the São Francisco de Paula Cemetery in Curitiba and in the Jaú Municipal Cemetery. This is a more optimistic sculpture from him, portraying a woman with a hat looking over her shoulder. The features on her face are exaggerated and heavily stylised, but they work from a typical image of a lady from the earlier 20th century. 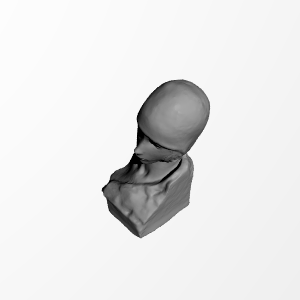