3D
Featured Scan The World
1,963 views 124 downloads
4 collections
Community Prints Add your picture
Be the first to share a picture of this printed object
0 comments

This large colossal head was found on the San Lorenzo site in 1945 by Matthew Stirling's guide. Stirling was an American ethnologist, archaeologist and later an administrator at several scientific institutions in the field, best known for his discoveries relating to the Olmec civilization.

The figure is well proportions and is wearing a classic 'football' style helmet which is engraved with three bird heads. There is some slight weathering and damage on the head, particularly around the lips where the surface is considerably pockmarked.

Its weight is estimated to be 20 tons. 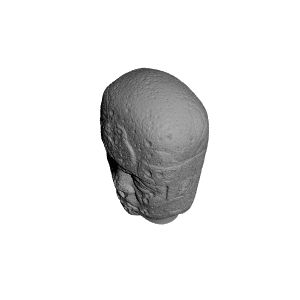