Head of a Bodhisattva at the Metropolitan Museum of Art, New York, USA

Head of a Bodhisattva at the Metropolitan Museum of Art, New York, USA

A bodhisattva is an enlightened (bodhi) being (sattva). Traditionally, a bodhisattva is anyone who, motivated by great compassion, has generated bodhicitta, which is a spontaneous wish to attain Buddhahood for the benefit of all sentient beings. According to Tibetan Buddhism, a Bodhisattva is one of the four sublime states a human can achieve in life (the others being an Arhat, Buddha, or Pratyekabuddha).

Usage of the term bodhisattva has evolved over time. In early Indian Buddhism, for example, the term bodhisattva was primarily used to refer specifically to the Buddha in his former lives. The Jatakas, which are the stories of his lives, depict the various attempts of the bodhisattva to embrace qualities like self-sacrifice and morality. The bodhisattva is a popular subject in Buddhist art. 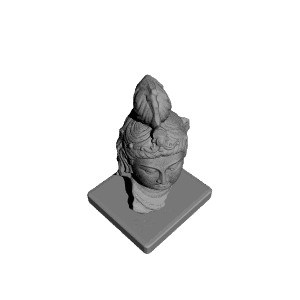