The dating of this bust is unknown, but it is believed to be an adapted copy of an original marble sculpture from The Musei Capitolini, Rome. 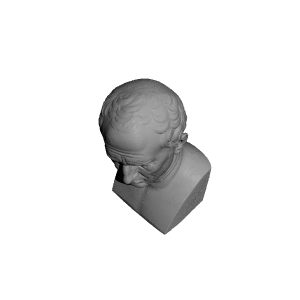