The winged sandals and helmet show that that this is Mercury, the messenger of the gods. In his hand, he holds the shaft of a staff, a caduceus, which is usually found among the attributes of the god. The sculpture is signed I.G.V.S.F. This has made it possible to identify the artist (“Jan Gregor van Schardt fecit”). The sculpture may have been included in the collection of Rudolf II, and later in the collection of Queen Kristina. 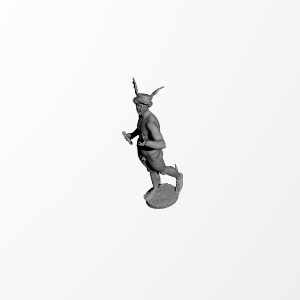