The Obelisco (Obelisk) of Buenos Aires is a national historic monument and icon of Buenos Aires, capital of Argentina. Located in the Plaza de la República in the intersection of avenues Corrientes and 9 de Julio, it was erected in 1936 to commemorate the quadricentennial of the first foundation of the city. It was designed by architect Alberto Prebisch and completed in a record 31 days! It has inscriptions on its sides commemorating heroes and dates. It also has 4 windows at the top, which can be reached through an internal staircase. It has been "decorated" several times according to public, national, and international events or themes, such as Christmas or AIDS awareness (from Wikipedia).

This model includes the vertical garden stylized in the shape of the letters "BA" which stand for Buenos Aires, located right in front of the obelisk.

MiniWorld is excited to bring this charming model to life! All models are made by hand and brain from scratch in SolidWorks or Fusion360 to ensure printability, please give credit, it's all about spreading culture and education! 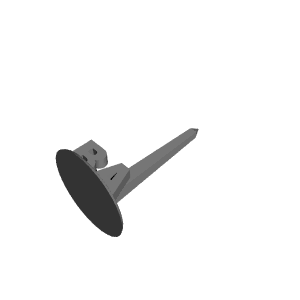