Artemis was one of the most widely venerated of the Ancient Greek deities. Her Roman equivalent is Diana. Some scholars believe that the name, and indeed the goddess herself, was originally pre-Greek. Homer refers to her as Artemis Agrotera, Potnia Theron: "Artemis of the wildland, Mistress of Animals". The Arcadians believed she was the daughter of Demeter. 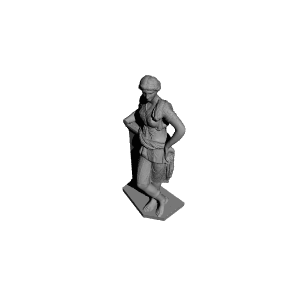