This capital, originating from the Monastery of La Daurade, features a bas-relief of a series of monster headed birds or griffins. 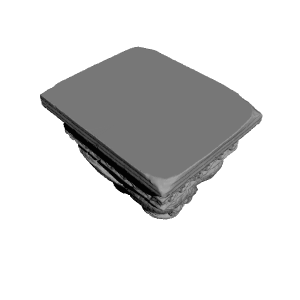