The Ascension, which takes place in Jerusalem, is the last of Christ's appearance after his resurrection. Christ is shown from the front, with his arms outstretched as he rises into the sky flanked by two angels who indicate his presence to the apostles and the Virgin Mary. This iconography differs from that hitherto found in the region, as can be seen on the typanum of the Miegeville portal of the Basilica of Saint-Sernin in Toulouse, where jesus is shown in profile, borne away by angels. 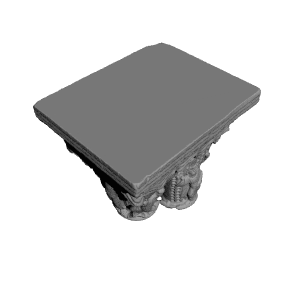 ×
1 collections where you can find Capital - The Ascension par Augustins