Welcome to the Nakatomi Plaza building!

It's real name is Fox Plaza, a 34-story, 493-foot (150 m) skyscraper in Century City, Los Angeles, California. The building has been featured in at least four major motion pictures released by Fox. In the 1988 action film Die Hard it was portrayed as the fictional Nakatomi Plaza, where almost all the events of the movie take place (from Wikipedia).

This model should be a great addition for Die Hard fans or for any cityscape or urban scale models. It is a guaranteed 3D printable version of this building.

MiniWorld is excited to bring this model to life. It was made from scratch by hand and brain in Autodesk Fusion 360, please give credit, it's all about spreading culture and education!

No supports are required.

Some details might not show if printed smaller than 1:1 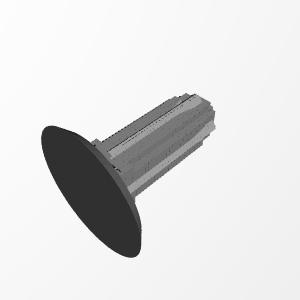 ×
5 collections where you can find Nakatomi Plaza - From "Die Hard" par MiniWorld
×
Adam Tower
@Belair216
2
Printed on: UP! Plus
Material: ABS
Posted at: 17th December 2019

Printed at 50% it turned out great! I'm going to clean it up a bit and turn it into a christmas tree topper