This is a drink coaster with the original Steinway logo.

Steinway & Sons, also known as Steinway, (/ˈstaɪnweɪ/ (About this soundlisten)) is an American piano company, founded in 1853 in Manhattan by German piano builder Heinrich Engelhard Steinweg (later known as Henry E. Steinway).[2][11] The company's growth led to the opening of a factory in New York City, United States, and later a factory in Hamburg, Germany.[12] The factory in the Queens borough of New York City supplies the Americas and the factory in Hamburg supplies the rest of the world.[7][13]

Along with C. Bechstein, Bösendorfer and Blüthner, Steinway is frequently referred to as one of the "Big Four" piano manufacturers.[14][15][16]

Steinway has been described as a prominent piano company,[17][18] known for making pianos of high quality[19][20] and for inventions within the area of piano development.[21][22] Steinway has been granted 139 patents in piano making; the first in 1857.[23] The company's share of the high-end grand piano market consistently exceeds 80 percent.[24] The dominant position has been criticized, with some musicians and writers arguing that it has blocked innovation and led to a homogenization of the sound favored by pianists.[25][26]

Steinway pianos have received numerous awards.[27] One of the first is a gold medal in 1855 at the American Institute Fair at the New York Crystal Palace.[28][29] From 1855 to 1862, Steinway pianos received 35 gold medals.[27][30] More awards and recognitions followed,[31] including three medals at the International Exposition of 1867 in Paris.[32] The European part of the company holds a royal warrant of appointment to Queen Elizabeth II.[33][34] Steinway & Sons was named Company of the Year in 1996 by The Music Trades magazine. The award was given in recognition of Steinway's "overall performance, quality, value-added products, a well-executed promotional program and disciplined distribution which generated the most impressive results in the entire music industry."[35]

In addition to the flagship Steinway piano line, Steinway markets two other, lower priced brands of piano sold under the secondary brand names Boston and Essex. The Boston brand is for the mid-level market and the Essex brand is for the entry-level market. Boston and Essex pianos are designed by Steinway engineers and produced in Asia at other piano makers' factories under the supervision of Steinway employees to utilize a lower cost of parts, production, and labor.[36][37] 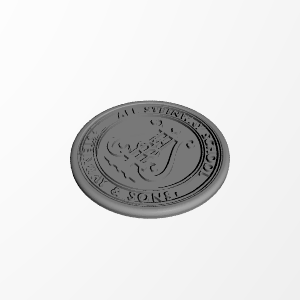 ×
0 collections where you can find Steinway coaster par Idea Lab