The love goddess’ head, though, resembled Ulla von Höpken, Duke Fredrik Adolf’s former mistress. Her uncle, councillor von Fersen, tried but failed to get Sergel to lessen the likeness: the king wanted to have a go at his brother Fredrik Adolf for taking the wrong side in the family row over the crown prince’s legitimacy. 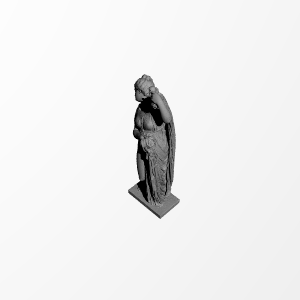