Persephone was Demeter's daughter. One day while Persephone was gathering flowers, Hades, god of the underworld, captured her. No one had any idea where she had gone to or what had happened to her.

Demeter was sick with worry and grief. She asked Helios the sun god what had happened. When she learned that Hades had captured her daughter she became very angry. For a year she caused crops and plants to wither and die. A terrible famine gripped the earth.

Zeus commanded that Hades release Persephone. Persephone was overjoyed. However he tricked her into eating some pomegranate seeds before she left the underworld. He knew that if she ate anything from the land of the dead, she would have to return to him for a part of each year.

Demeter was delighted that her daughter had returned to her. However every time Persephone had to return to Hades, Demeter mourned terribly again. This is why for a part of each year the plants and crops stop growing. When Persephone returns to earth, the land once again bursts with life. 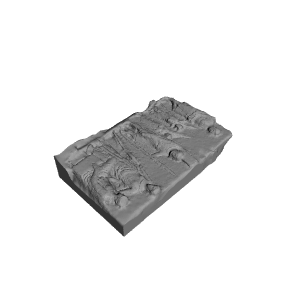