3D
Scan The World
6,379 views 364 downloads
4 collections
Community Prints Add your picture
Be the first to share a picture of this printed object
0 comments

This head of a youth wearing a fillet (band) must have belonged to a statue of a victorious athlete. He probably rested one arm lightly on his head; the remains of a rectangular support can still be seen among his curls. Roman copies often conformed to contemporary taste, and the contrast between polished flesh and deeply drilled hair on this head would have held special appeal for clients in the second century A.D. 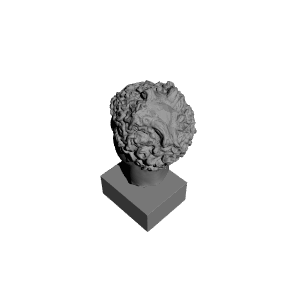 ×
4 collections where you can find Bust of Athlete at the MET, New York Da Metropolitan Museum of Art