Bust of Hercules at The MET, New York

Bust of Hercules at The MET, New York

In the statue, the Greek hero Herakles was shown close to exhaustion on completion of the twelve labors set him by Eurystheus, ruler of the Argolid. The contrast between his powerful physique and his weary stance is echoed in this particularly fine rendition of his noble head, which is bowed with fatigue. The statue was copied in many different sizes during the Roman period.This bust, carved out of marble, is  larger than life to emphasize the strength and power of the hero. It can be found at the Metropolitan Museum of Art in New York 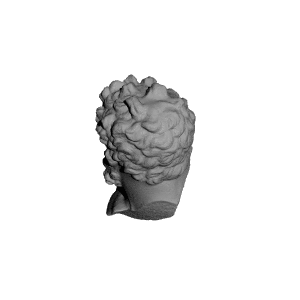 ×
4 collections where you can find Bust of Hercules at The MET, New York Da Metropolitan Museum of Art
×
3DLirious
@3DLirious
0
Posted at: 07th August 2020

pardon the logo. here's a plain one, though I see that a square one would be better.

Bust of Hercules with a menagerie of "friends"