Galileo Galilei (1564-1642) was an Italian polymath, serving as a central figure in the transition from natural philosophy to modern science and in the transformation of the scientific Renaissance into a scientific revolution .

Busts of key figures in history, such as philosophers and political leaders, were often used in comparitive studies in the development of phrenology - even if the depictions were not entirely accurate. 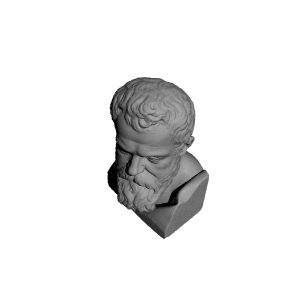