The idea of MiniWorld came to creator Danny Sanchez after a Finnish friend who asked if 3Dprinting could be used for visually impaired people to "see" buildings and famous landmarks of their cities and countries. Finally, here is one for her own hands! We are excited to see what she thinks!

MiniWorld is excited to bring this historical model to life! All models are made by hand and brain from scratch in SolidWorks or Fusion360 to ensure printability, please give credit, it's all about spreading culture and education! 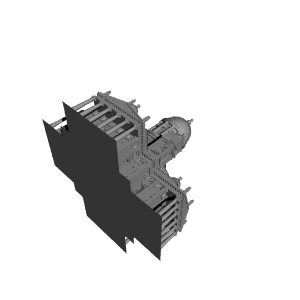