3D
360°
Featured Scan The World
3,931 views 740 downloads
7 collections
Community Prints Add your picture
Be the first to share a picture of this printed object
0 comments

Gaius Julius Caesar (12 or 13 July 100 BC – 15 March 44 BC), known by his nomen and cognomen Julius Caesar, was a populist Roman dictator, politician, military general, and historian who played a critical role in the events that led to the demise of the Roman Republic and the rise of the Roman Empire. 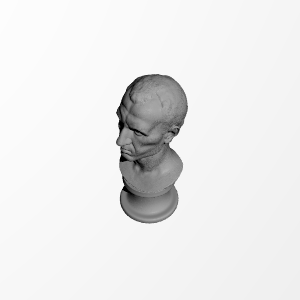