Lot and his Daughters

3D
360°
Scan The World
1,030 views 101 downloads
Community Prints Add your picture
Be the first to share a picture of this printed object
0 comments

Lot and his Daughters

In Genesis, Lot and his daughters flee Sodom after two angels came to them warning them of the city's destruction. Lot's wife was turned into a pillar of salt for looking back at Sodom as it fell. Lot and his daughters took refuge in a cave where, on consecutive nights, the two daughters would get their father drunk and fornicate with him. It is in this marble relief, created around 1600, which highlights this part of the narrative. 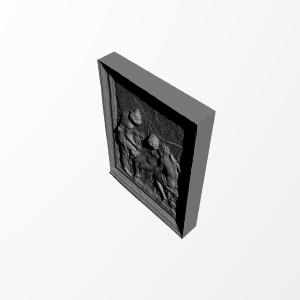