3D
360°
Featured Scan The World
3,210 views 342 downloads
2 collections
Community Prints Add your picture
Be the first to share a picture of this printed object
0 comments

This is a depiction of Saint Simon Stock, an Englishman who lived in the 13th century. He was an early prior general of the Carmelite religious order and very little is known about his life with certainty. The Blessed Virgin Mary is traditionally said to have appeared to him and given him the Carmelite habit, the Brown Scapular. Thus, popular devotion to Saint Simon Stock is usually associated with devotion to Our Lady of Mount Carmel.

The sculpture comes from the Notre-Dame du Mont-Carmel chapel from the Grands-Carmes de Toulouse convent. 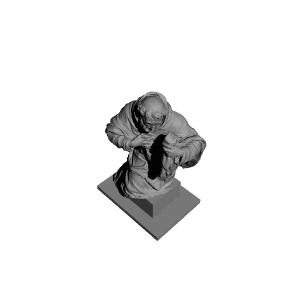 ×
2 collections where you can find Saint Simon Stock Da Augustins