The inscription on the front of the statue base says: 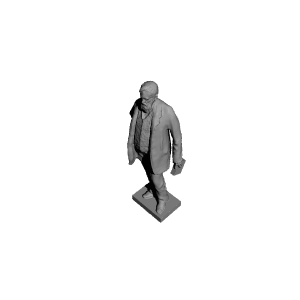