3D
Scan The World
3,989 views 329 downloads
4 collections
Community Prints Add your picture
Be the first to share a picture of this printed object
0 comments

This torso belonged to a statue of the Roman emperor Hadrian and was found in the city of Cyrene in northern Africa. In ancient Rome, the dedication of public statues was governed by rules concerning location, material and iconography. This was even more important when it concerned imperial images. As hundreds of surviving imperial statues show us, there were only three ways in which the emperor could officially be represented: in the battle dress of a general; in a toga, the Roman state civilian costume; or nude, likened to a god. These formats powerfully and effectively evoked the emperor’s role as commander-in-chief, magistrate or priest, and finally as the ultimate embodiment of divine providence. 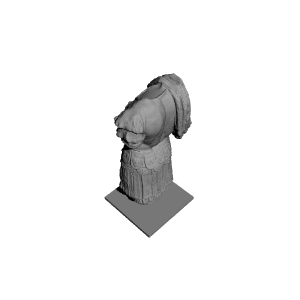 ×
4 collections where you can find Torso of an emperor at the MET, New York Da Metropolitan Museum of Art