Here we see the body of a giant, presumably Klytios, who was greated by Gaea to defeat Hecate's magic. However, in the first Gigantomachy Hercules, Dionysus and Hecate worked together to defeat him, with Hecate lighting his hair on fire to serve as the finishing blow. 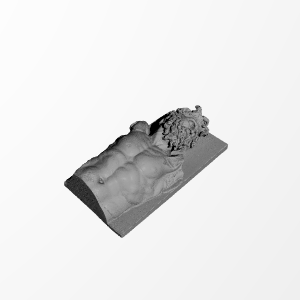 Printed on the Craftbot 3, sliced with Simplify 3D. Size is 340mm tall

Before Post-Finishing and curing. printed at 50 microns. 71mm tall.