3D
360°
Scan The World
2,326 views 174 downloads
Community Prints Add your picture
Be the first to share a picture of this printed object
0 comments

At the end of the First World War, this wreath was removed from the tomb of Saladin (the 12th-century Arab leader who reclaimed Jerusalem from the Crusaders) in Damascus. It had originally been placed there by Kaiser Wilhelm II in 1898 during his state tour of the Middle East. It was apparently presented to Colonel T E Lawrence ('Lawrence of Arabia') by Sherif Feisal, leader of the Arab movement, when they entered Damascus on 1 October 1918. Lawrence, in turn, presented the wreath to the Imperial War Museum on 11 November 1918. In his original deposit note, he claims to have removed the wreath himself: 'as Saladin no longer required it.' The wreath is a very significant item accessioned as part of the IWM Collections. This significance relates not only to Lawrence, Feisal and the Kaiser but also has broader symbolic importance reflecting the German influence in the Ottoman Empire, the end of the Palestine campaign and the portents for the postwar political outcome for the region. 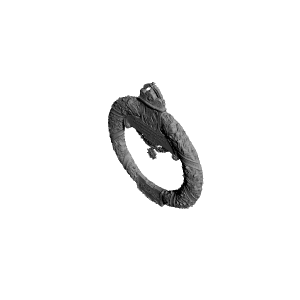