In October 1797, John Rose entered into an agreement to purchase land at Coalport, and appears to have begun producing porcelain there. In 1799, Rose and Blakeway bought the Caughley pottery from Thomas Turner and in 1780 they set up a second pottery at Jackfield. They kept the Caughley factory operating until 1814, and during the c1799 to 1814 period large quantities of Caughley porcelain, almost exclusively in the white, was sent for decorating at Coalport. This cup was possibly produced there and is now on display at the Cardiff Museum. 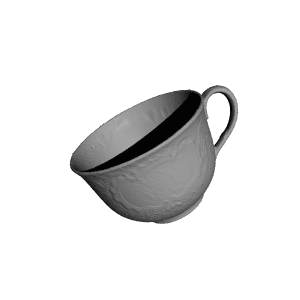 ×
0 collections where you can find Coalport cup at the Cardiff Museum, Wales 通过 Scan The World