Flora was the Roman goddessof Spring. The subject was first commissioned from Gibson in 1830 by the Earl of Durham and two repetitions were made. The present version was purchased by Richard Alison of Liverpool who also owned Gibson's "Cupid in Disguise". The prototype for the work was Thorvalden's statue of "Faith" (1818). It is one of Gibson's most austere deisgns and may be based, in its simple outline, drapery line and frontal pose, on archaic Greek figures. 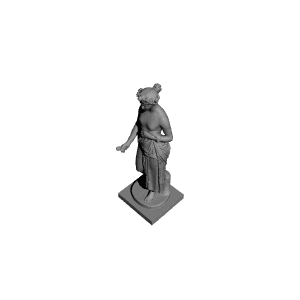 ×
0 collections where you can find Flora 通过 Scan The World